Sort of!! Remember when I told you guys about this back here... 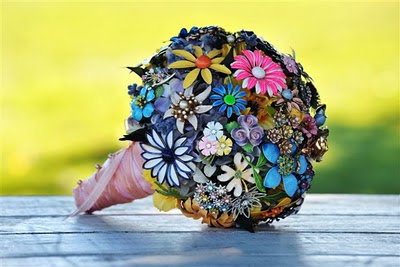 Here is the official published picture! Wedding Magazine is where you will find this. It is a local North Carolina magazine and the two pages 138 and 139 are the photo shoot that
my mom and I took part of back in September! My name was not mentioned but SuzAnna's Antiques was. And my bouquet was not credited to me, or anyone else, but elsewhere in the magazine the florist we worked with was credited with creating broach bouquets. 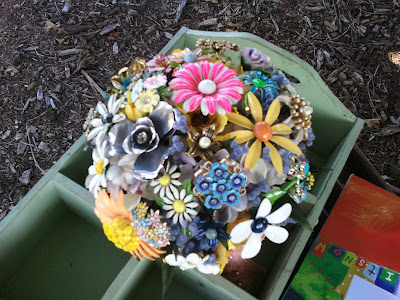 photo by ME!!
But I KNOW I made this...and that is all that matters!!
Join Beverly at How Sweet the Sound for other Pink Saturday posts!
Posted by Jenny at 9:15 PM 14 comments:

Okay, I promised some more pictures! 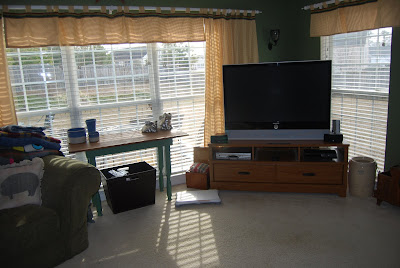 The windows have been washed and the dust mostly removed.
Here is the table, it is the first table Jason and I bought when we got married! 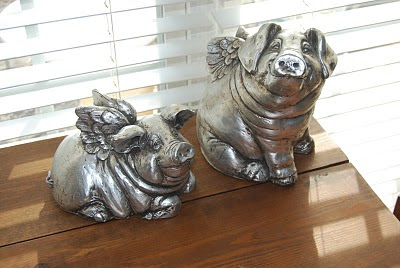 Of course I had to have some of my flying pigs on it! LOL! With a six year old, the tub underneath the table has our Wii stuff in it! 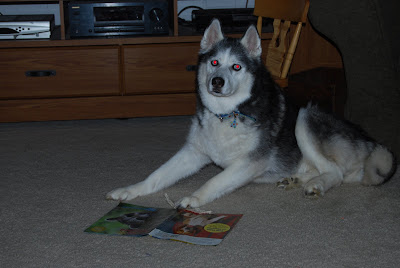 This chair is where Sky sleeps every day! 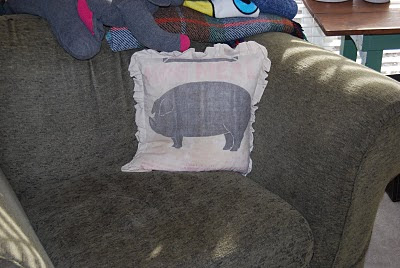 I don't think I will ever get rid of all the dog hair! LOL!

But this pillow is my favorite!

Vanessa from Remember to Wish made it for me from an old feed sack Mom and I found when we went to Liberty Antique Festival back in September!! Check out her blog and her etsy site when you have a chance!She will be back from Brazil in a week or two! Cute things!!

Woohoo!
I remembered to take some pictures for
Pink Saturday this week! 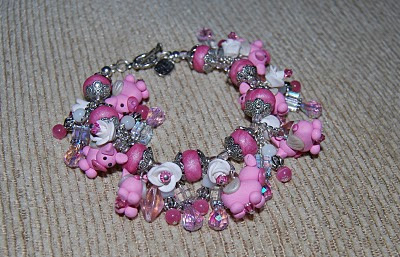 Okay, okay- just because I took the pictures at 8:30
on Friday night has nothing to do with remembering!! LOL!
I got this beauty for Christmas from my Daddy! 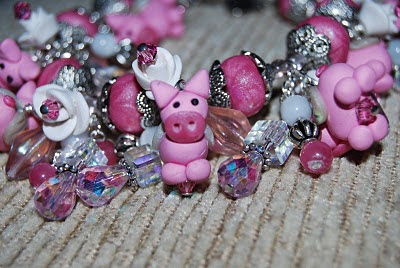 I had sent him a link to an etsy site with this on it over the summer and he got it for me!
I can't remember what etsy site or else I would give you a link but isn't it fun? 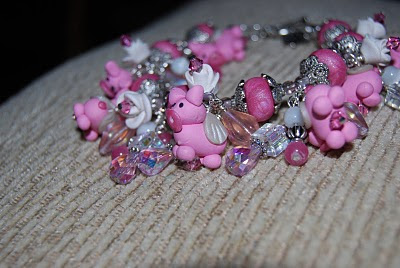 All these cute little handmade FLYING PIGGIES!
I love it!
Thank You Daddy! 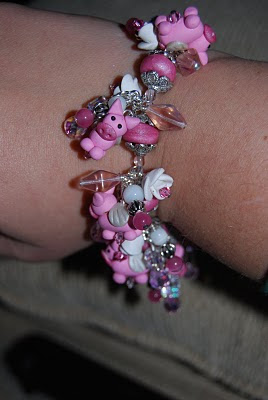 Join Beverly at How Sweet the Sound for other Pink Saturday ladies!
Posted by Jenny at 8:21 PM 14 comments: 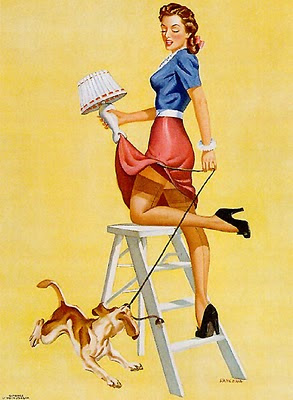 I have been hard at work around here!
Hubby got a wild hair this last week and decided he no longer liked our entertainment center hiding our back windows, like in this picture from my sister's baby shower last spring. 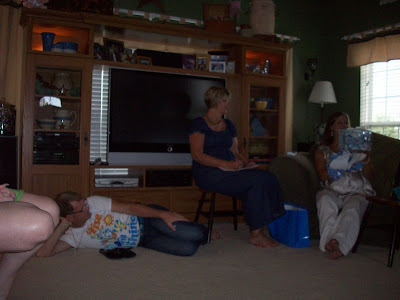 Now this is what my living room looks like! 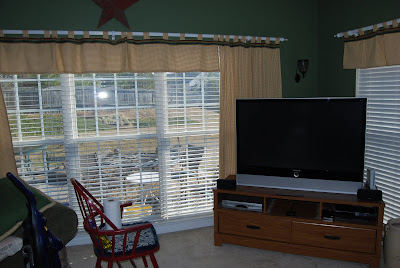 All that beautiful sunshine! Now I am trying to figure out how to decorate without blocking the windows.I have a beautiful table there at the moment, but I need to put something on it without blocking them! With it being dark now, I can't take any pictures, but I will share some over the next few days...once I clean the windows and the blinds and the curtains...LOL! So I did not have a chance to take any Pink Pictures for Miss Beverly's Pink Saturday!

But maybe one of my pin ups will have to do! 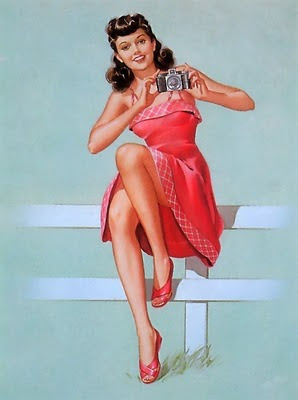 And maybe she will remind me to take some pictures for next week!!

Instead of the 1-3 inches of snow we were supposed to get, we got freezing rain! Just enough to make everything shut down around here,
but not enough to cause power to be out! So instead of thinking about the ick outside,
I will share some more of our Christmas pictures! 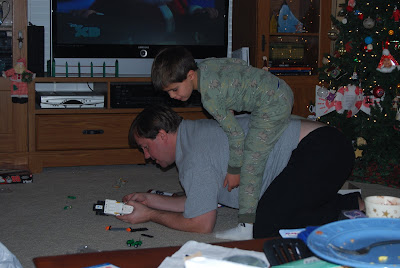 Here is Kyle "helping" Jason put together one of his
Christmas toys on Christmas morning! 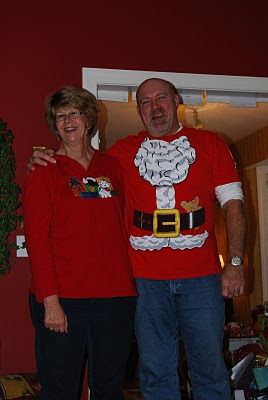 Like I said Christmas Day Eve was spent at my parents house,
Mr and Mrs Claus...LOL! 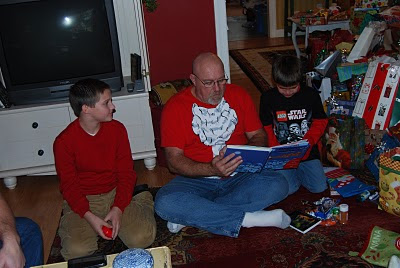 Poppy got both of the older boys a Christmas book,
John got a Pirate's Night Before Christmas,
and Kyle got Rudolph the Red Nose Reindeer recorded by Poppy! 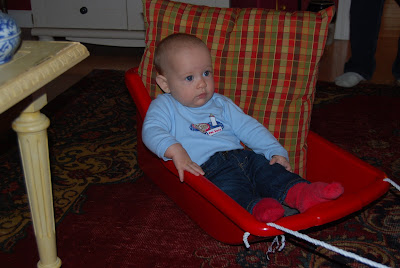 Henry got this great sled from his WONDERFUL Aunt Jenny! LOL! 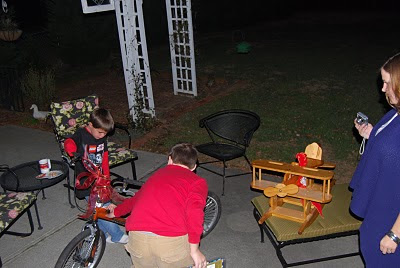 And Santa managed to sneak some toys onto the back porch for all the boys! 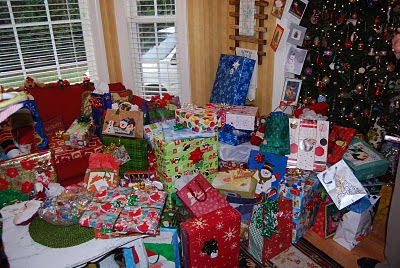 Did I mention my family goes nuts for Christmas! 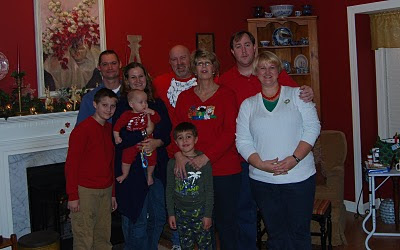 My uncle was in town from Utah so we actually got a family picture with all of us! 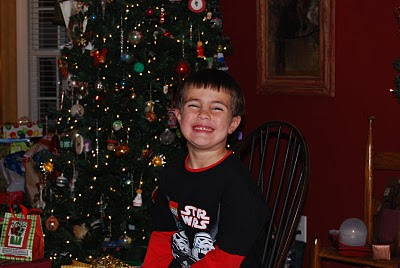 Hope your Christmas was as wonderful as ours!

Yay!! I found my camera cable!
I can finally show off some pictures of our Christmas!
Christmas Eve was at my in laws house this year (we switch each year),
but there was so much going on I never took out the camera.
Hopefully I can swipe some pictures from my Mother In Law!!
Then Christmas morning was at home, just the three of us! 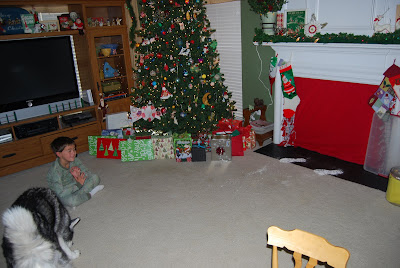 Santa left some glitter footprints that Kyle thought were VERY cool,
but I did not get any up close pictures since Sky dog thought they smelled good too! 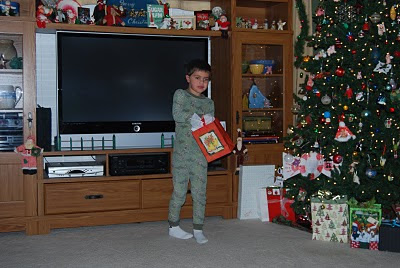 Kyle was unbelievably calm Christmas morning. Getting one package from under the tree and making sure I or Jason had a present too! Then opening a present and making sure all the trash was in the garbage before getting another gift...it was almost weird!! LOL! I think he was still trying to be good since Santa had not left him the present he really wanted yet. The only problem was, Santa had to let Kyle know the ONLY thing he really asked for was not available yet for this Christmas! 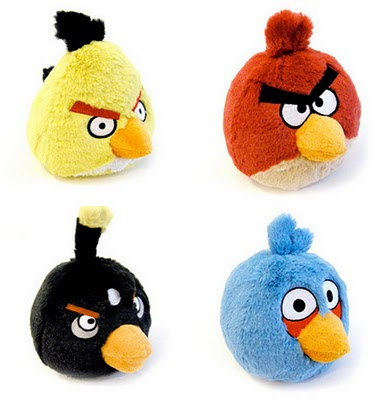 Kyle loves playing Angry Birds on my phone and wanted these stuffed animals for Christmas, but they were all out by the time he told Santa that was what he wanted! Santa's elves could not make enough for everyone in time for Christmas ...kids will believe anything that sounds plausible! So these Angry Birds will be flying our way for Easter this year!! Tomorrow I will share some pictures of Christmas Day evening at my parents! Have a great Saturday!

Visit my other blog!! 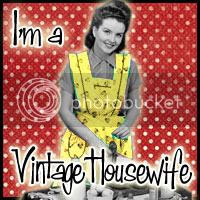